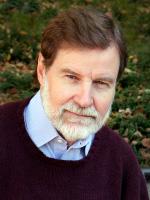 Research in our laboratory is focused in the area of "genetic toxicology." Insults to the genomic DNA represent one of the major challenges to the integrity of cells, and all cells maintain elaborate mechanisms to preserve their genomic DNA. The highly conserved, ubiquitous DNA repair pathway known as "base excision repair" (BER) is one of the key cellular defense mechanisms against the deleterious effects of metabolism, inflammation and environmental exposures to chemicals and physical agents. For example, mutations in mammalian BER genes cause cells to suffer both spontaneous genomic instability and genomic instability upon environmental toxicant exposure. Generally, BER repaired lesions are discrete, smaller lesions in DNA bases instead of bulky substitutions at bases or inter-strand cross-links. Among the most important sources of genomic damage repaired by BER are: single-strand breaks; hydrolytic loss of DNA bases; oxidation of bases and sugars; alkylation of DNA bases and DNA phosphate groups; and some misincorporation errors during DNA replication. Recent studies in a number of laboratories, including ours, have revealed that there are multiple sub-pathways of BER in mammalian cells, each tailored to a specific type of DNA damage. Our hypothesis is that a deficiency of appropriate BER in mammalian cells can play a critical role in environmentally induced carcinogenesis and other forms of degenerative disease.

Knowledge of the BER process itself and of the status of genomic DNA as a function of BER has key implications for environmental health. Many biological indicators of exposure are derived from this knowledge, as is an understanding of individual disease susceptibility to environmental agents. Many therapeutic interventions in current cancer treatment target alterations in genomic DNA, and emerging new insight into the molecular basis of the triplet repeat neurodegenerative diseases has implicated oxidative stress and the attendant BER process. Finally, a fundamental component in the pathobiology of environmental diseases and environmentally-induced adverse conditions is the toxin/toxicant-induced activation of macrophage lineage cells that, in turn, release reactive oxygen molecules capable of damaging genomic DNA in surrounding tissue. When repair of this genomic damage is overwhelmed, cell death, tissue fibrosis or other forms of pathogenesis ensue.

Our laboratory has defined the main mammalian base excision repair (BER) sub-pathways using purified enzymes and cell extracts, and we have cloned the human and mouse genes for many of the enzymes/factors, expressed the corresponding recombinant proteins in E. coli and insect cells, and prepared cell lines with genetic alterations in each gene. Transgenic mouse models are studied to understand the cellular and tissue requirements for each BER enzyme/factor. The program includes studies of the cellular role of BER in overall cellular DNA repair, apoptosis, check point control of the cell cycle, mutagenesis, chromosome stability, DNA lesion bypass, cell signaling, DNA replication control, human and mouse carcinogenesis and other environmentally-induced degenerative diseases. Studies of one of the mammalian BER enzymes, DNA polymerase beta, have pioneered in the use of a coordinated approach of structural studies (x-ray crystallography, NMR, and spectroscopy), biochemical studies, and mammalian genetic studies to understand genomic stability in mammalian cells.

After receiving the medical degree at Harvard Medical School, Dr. Wilson conducted postdoctoral research in biochemistry, first with Dr. Mahlon Hoagland at Dartmouth Medical School and then with Dr. Marshall Nirenberg at the National Heart Institute-NIH. He then joined the Laboratory of Biochemistry at the National Cancer Institute-NIH in 1970 and conducted research there until 1992. After five years in the extramural community (at UTMB), Dr. Wilson joined the Laboratory of Structural Biology at the National Institute of Environmental Health Sciences (NIEHS)-NIH. He also served as Deputy Director and Acting Director of NIEHS for a number of years.