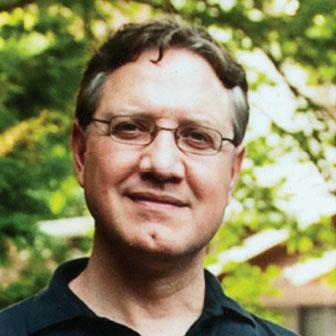 Our main goal is to unravel the molecular mechanisms driving early development and peripheral activation of B lymphocytes. In particular, we are interested in the processes that assemble, diversify, and provide effector functions to antibody receptors, namely V(D)J recombination, somatic hypermutation, and class switching. Another major interest of our laboratory is to understand how deregulation of these reactions leads to B cell tumorigenesis.  To achieve these goals, our laboratory is combining molecular biology, gene targeting, and transgenic techniques, as well as genomic and bioinformatic tools.

One of the most fascinating outcomes of the Human Genome Project was the unexpected finding that our genome contains approximately 22,000 genes, which is a modest twofold increase in gene number compared to lower eukaryotes such as Drosophila or C. elegans. Such a finite number of genes poses a dilemma for the immune system, which must recognize an infinite variety of immunogens by means of cell surface receptors. To achieve nearly unlimited antigen recognition, vertebrates have evolved a series of genetic alterations that target immune receptor genes. In developing B cells, heavy and light chain antibody genes are first assembled from a large number of variable (V), diversity (D), and joining (J) gene segments through V(D)J recombination. This reaction, which is catalyzed by the RAG1 and RAG2 recombinase complex, is random in nature and thus can generate receptors that recognize self. In susceptible individuals, self-reactive B cells may give rise to autoimmune disorders, such as arthritis or lupus. To prevent development of such lymphocytes, autoreactive receptors signal a developmental block at a stage when RAG protein expression and V(D)J recombination are maintained. Continual recombination ensures that self-specificities are replaced by innocuous ones, a tolerance mechanism known as receptor editing.

V(D)J recombination is not only involved in autoimmunity and tolerance, but is also linked to genomic instability and cancer, primarily because the specificity of RAG proteins for antibody genes is not absolute. RAG targeting of oncogenes, for instance, can lead to their deregulation through chromosomal translocations. Our laboratory is currently using deep-sequencing techniques to investigate the extent and nature of RAG1/2 occupancy across the mouse and human genomes. We hope these studies will reveal the underlying principles of RAG promiscuity and how this activity promotes genomic instability and hastens the development of malignancies.

Upon migration to the periphery, newly generated B cells may encounter foreign antigens and participate in the germinal center reaction. In this specialized microenvironment, Ig genes undergo two additional antibody gene alterations: somatic hypermutation (SHM) and class switch recombination (CSR). SHM introduces random single point mutations at the 5’ end of immunoglobulin genes, a process that can improve the antibody’s affinity for the antigen. CSR replaces the 3’ constant region of antibody genes, leading to a switch in isotype class from IgM to IgG, IgE, or IgA. Both SHM and CSR are initiated by the DNA deaminase AID, whose activity results in mutations and DNA breaks intermediate to recombination.

As is the case with RAG proteins, AID is promiscuous in nature, and the proclivity of B cells towards lymphomagenesis stems largely from AID-mediated lesions across the genome. DNA breaks downstream of AID can lead to chromosomal fusions between the immunoglobulin and c-myc loci, a translocation that gives raise to human Burkitt lymphomas. AID hypermutation can also promote malignancy through deregulation ofBcl6, Pax5, and Pim1 oncogenes among others. Using genetic and genomic approaches, we have begun a systematic study of AID activity in the genome of activated B cells.

In addition to the projects outlined above, we are applying genomics and bioinformatic tools to address general questions of B cell biology. One major interest is to reveal the epigenetic and transcriptional changes that accompany B cell development. To this end, we have created genome-wide maps of DNA methylation, DNase I sites, RNA PolII, mRNA and miRNA transcriptomes, 36 chromatin modifications, p300+ enhancers, CTCF+ insulators, and sites of DNA melting. Furthermore, we are creating a comprehensive map of physical interactions between transcriptional regulatory domains across the genome (4C technology). Although each data set is being used to address a specific question, the long-term objective of this B cell Genome Initiative is to create a large data repository that can be combined and analyzed as a whole, using bioinformatics.

Dr. Rafael Casellas was born in Buenos Aires and lived in Geneva, Paris, and Helsinki before coming to the United States, where he received his Bachelor of Science in Chemistry from Brigham Young University in 1996. He received a Ph.D. in Molecular Immunology from the Rockefeller University in 2002. There, he worked under Dr. Michel Nussenzweig studying the role of immunoglobulin gene expression and recombination in the establishment of B cell tolerance and peripheral activation. From 2002 to 2003, he did postdoctoral training with David Baltimore at the California Institute of Technology. There, Dr. Casellas continued his molecular studies of B cell activation and developed new mouse gene targeting techniques. In December 2003, Dr. Casellas moved to the NIAMS where he is currently a senior investigator and head of the Laboratory of Genomics & Immunity. Dr. Casellas is also serving as an adjunct investigator at the Center for Cancer Research, NCI.