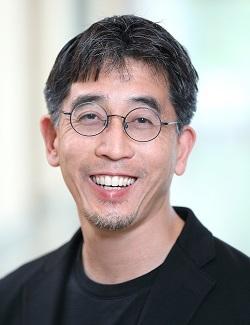 The Structural Biology Section (SBS) seeks to apply structural biology to the development of effective vaccines – especially a vaccine against HIV-1.

One area in which we and others have already made an impact is in understanding how HIV-1 is able to evade the humoral immune system. Determination of the structure of the HIV-1 gp120 envelope glycoprotein (Kwong 1998 Nature 393, 648-659), provided a physical map of the primary target of neutralizing antibodies against HIV-1 and showed how gp120 conformational diversity can prevent antibody-mediated neutralization (Kwong 2002 Nature 420, 678-682) and how N-linked carbohydrates can form an "evolving glycan shield" (Wei 2003 Nature 422, 307-312). These and other studies — including the determination of the crystal structure of the entire spike ectodomain (Pancera 2014 Nature 514, 455-461) and the determination of the crystal structure of fully glycosylated envelope trimers (Stewart-Jones 2016 Cell 165, 813-826) — have led to an understanding of the molecular trickery that protects HIV-1 from the humoral immune response.

A second area in which we and others have made an impact is in understanding how human antibodies can neutralize diverse HIV-1 isolates. The structure of the b12 antibody revealed how the binding site for the CD4 receptor formed a site of vulnerability to neutralizing antibody (Zhou 2007 Nature 329, 811-817). The VRC01 antibody, which we helped to identify in 2010 (Wu 2010 Science 329, 856-861), uses mimicry of the CD4 receptor to neutralize over 90 percent of HIV-1 isolates, though the inability of germline versions of VRC01 to bind to HIV-1 Env and its extraordinary level of somatic hypermutation suggest roadblocks to eliciting similar antibodies (Zhou 2010 Science 329, 811-817). Importantly, the Antibody Mediated Prevention (AMP) study (HVTN 704/HPTN 085) showed an IC80 of less than 1 µg/ml was required for protection by antibody VRC01. We (and the field) are following up on the implications of this study, but high breadth and potency are clearly required. We have succeeded in improving the breadth and potency of HIV-1-neutralzing antibodies, so that the best, such as VRC01.23 (Kwon 2021 Mabs 13:1946918) can neutralize ~95% of our 208-strain cross-clade panel with an IC80 of less than 1 µg/ml.

But can one use structural biology in vaccine design? Currently, we are following three lines of investigation.

A second line involves the precise delineation of functional constraints to identify potential footholds of conservation and exposure. One functional constraint involves receptor binding — with the site on HIV-1 Env involved in binding the CD4 receptor providing a “supersite of vulnerability.” Analysis of recognition of the CD4 supersite in 14 donors suggest that steric access to the CD4 supersite is a primary physical constraint limiting antibody recognition (Zhou 2015 Cell 161, 1280-1292). Another functional constraint involves the viral fusion machinery, including the fusion peptide, which grabs hold of the target cell membrane, as an essential step in virus entry. We found the N-terminal eight residues of the fusion peptide to be a region targeted by neutralizing antibodies (Kong 2016 Science 352, 828-338.).

A third line involves the structure-based engineering of the trimeric spike ectodomain into immunogens with the ability to stimulate the induction of broadly neutralizing antibodies. The success of this line of investigation depends in part on the design of spike mimics, which are specific for broadly neutralizing antibodies and not recognized by the non- or poorly neutralizing antibodies that typically dominant the humoral immune response, and have used structure-based design to produce prefusion-stabilized HIV-1 Env spikes of appropriate antigenicity, from a variety of Env strains (Kwon 2015 NSMB 22, 522-531; Joyce 2017 Cell Rep. 21, 2992-3002; Rutten 2018 Cell Rep. 23, 584-595).

Thus, by combining multiple approaches including those used in biotechnology, we have been able to elicit broadly neutralizing antibodies against HIV-1 – especially against the fusion peptide site of vulnerability. Complete functional screening indicate resistance to these antibodies to be focused almost exclusively to the N-terminus of the fusion peptide (Dingens 2018 PLoS Pathogens 14:e1007159), a focus obtained through somatic hypermutation during the priming phase (Kong 2019 Cell 178, 567-584).

While structure-based vaccine development with HIV-1 is proceeding, we have also been working to test our structure-based approach with other viral pathogens. We have engineered a promising vaccine antigen against respiratory syncytial virus (RSV), the leading cause of hospitalization for children under five years of age. Our “conformational fixation” approach focused on a metastable neutralization-sensitive site called antigenic site ø (zero), at the membrane-distal apex of the RSV fusion (F) glycoprotein. Immunization of mice and nonhuman primates with a site ø-stabilized version of RSV F (called DS-Cav1) elicited antibodies many times the protective threshold (McLellan 2013 Science 342, 592-598) – with clinical trials indicating the prefusion-stabilized immunogen to substantially boost RSV-neutralizing titers in healthy adults (Crank 2019 365, 505-509).

We are now working to apply the insights gleaned from both RSV and HIV-1 investigations to other human pathogens, including SARS-CoV-2. For more information on research conducted by Dr. Kwong, visit the Structural Bioinformatics Core.

Dr. Kwong joined the VRC as chief of the Structural Biology Section in the Laboratory of Virology in 2001. Dr. Kwong comes to the Washington area from New York City, where he conducted research in the department of biochemistry and molecular biophysics at Columbia University.