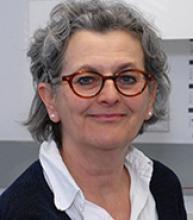 Research in this laboratory focuses primarily on Borrelia burgdorferi, the spirochete that causes Lyme disease, the most common arthropod-borne disorder in the United States. B. burgdorferi is maintained in nature through an infectious cycle between wild mammals and ticks. Occasionally, infected ticks feed upon humans and transmit the spirochete, resulting in Lyme disease.

Human infection has medical significance as a multisystemic, potentially chronic illness. The tick vector and the mammalian host represent very different environments, and there is good evidence for differential gene expression by borreliae in these locations.

The infectious cycle of B. burgdorferi

This scenario suggests that B. burgdorferi responds to environmental cues to adapt and move between the tick vector and mammalian host. Recent experiments document modulation of spirochetal outer surface proteins in response to environmental conditions and reinforce this hypothesis.

Our broad objective is to use a molecular genetic approach to elucidate the mechanisms of adaptation and variation in B. burgdorferi and their roles in the infectious cycle. The specific aims of our research are as follows:

Knowing which bacterial proteins are synthesized in the mammal versus the tick and gaining insight into their functions will contribute to a better understanding of the pathogenesis of Lyme disease. This knowledge is relevant to the diagnosis and prevention of Lyme disease.

Conclusion
The transmission of B. burgdorferi between ticks and mammals represents an ideal system in which to study the adaptive responses of a bacterial pathogen to its vector and host environments. All steps of this infectious cycle can be reproduced in the laboratory, making it accessible to scientific investigation. Molecular genetics represents a powerful method with which to address this system.

Previous studies have identified spirochetal components that should be important in the adaptation of B. burgdorferi to its environment. Ongoing and future studies are designed to test the roles of these genes and their products in the infectious cycle and to identify additional genes that allow the spirochetes to adapt, persist, and be transmitted between ticks and mammals. This research should elucidate the biological basis of these bacterium-host-vector relationships and the factors that contribute to the pathogenesis of disease in an incidental human host.

A second and relatively recent project in the MGS involves spirochetes of the genus Leptospira, which includes both pathogenic and saprophytic species. Leptospirosis is a potentially fatal, neglected zoonotic disease that afflicts residents of poor urban communities around the world. The goal of this new project is to improve the genetic tools available for Leptospirain order to facilitate investigation of the pathogenic species and accelerate measures to prevent disease. It is our hope that the knowledge and experience we have acquired in genetic manipulation of B. burgdorferi will aid in developing and expanding similar tools for Leptospira. This relatively new project was initiated by Dr. Philip Stewart, a staff scientist in MGS, and primarily represents the focus of his research efforts. Dr. Stewart first acquired proficiency in cultivation and genetic manipulation of the saprophytic species, L. biflex, and is currently investigating potential barriers to transformation of the pathogenic species, L. interrogans.

Dr. Rosa received her doctorate in 1980 from the Institute of Molecular Biology at the University of Oregon. In 1988, following research fellowships at Washington University School of Medicine in St. Louis and at the Research Institute of Scripps Clinic, Dr. Rosa joined Rocky Mountain Laboratories. She became a tenured investigator in 2000. Dr. Rosa is a fellow of the American Academy of Microbiology and an internationally recognized leader in the field of bacterial molecular genetics.