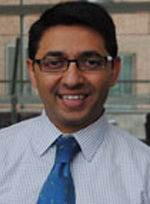 Section of Inflammation and Cardiometabolic Diseases

Dr. Mehta’s research program focuses on the role of innate immunity and inflammation in the development of cardiovascular and metabolic diseases. Using a trans-disciplinary approach that involves genetic epidemiology, translational medicine, and novel cardiovascular imaging approaches, Dr. Mehta and his team study how inflammation affects insulin resistance, the development of metabolic syndrome, and lipoprotein dysfunction, all of which are risk factors for atherosclerosis and subsequent cardiovascular disease (CVD).

Dr. Mehta first became interested in this line of research following seminal studies demonstrating that inducing acute inflammation through exposure to lipopolysaccharide could induce insulin resistance in humans. To better understand the mechanism, Dr. Mehta utilized the chronic inflammation state observed in psoriasis, an inflammatory disease that visibly manifests as skin rashes to study the development of cardiometabolic diseases. Through a combination of laboratory, imaging, and clinical studies, Dr. Mehta helped shift the prevailing model of psoriasis, from thinking of it as just a skin disease to a disease of the whole body. His work has shown that people with psoriasis without CVD risk factors are at increased risk of CVD and future vascular events. Research from his lab has demonstrated that people with psoriasis display abnormal lipoprotein particle composition and impairment in high-density lipoprotein (HDL) efflux capacity, a measure of reverse cholesterol transport. Finally, utilizing his nuclear cardiology expertise, Dr. Mehta’s group was the first to utilize inflammatory imaging using positron emission tomography (PET) to demonstrate that patients with psoriasis have early onset of vascular disease and systemic inflammation. This imaging program has become a central outcome in several ongoing interventional studies in psoriasis to understand whether treatment of skin disease improves vascular disease. This core set of studies, called the Vascular Inflammation in Psoriasis (VIP), will lay the important foundation for future studies to understand whether treatment of inflammation may ameliorate vascular and metabolic diseases.

To further understand the link between inflammation, atherosclerosis, and metabolic diseases, Dr. Mehta has joined the NHLBI to utilize the NIH Clinical Center to begin a comprehensive cardiometabolic phenotyping program. He sees patients with inflammatory diseases at the NIHCC for cardiovascular and metabolic risk assessment, and during that assessment obtains several tissues to characterize inflammatory states. These studies combined with high level multi-modal imaging by FDG PET/CT, FDG PET/MRI and coronary CT angiography will permit Dr. Mehta and his team to simultaneously measure pathways involved in atherosclerosis and metabolism to better understand how inflammation is associated with heart disease and diabetes. Dr. Mehta initiated the first large prospective cohort study of psoriasis (NCT017785690 to follow patients with this chronic inflammatory disease over several years to define CVD and metabolic pathways modulated in varying states of inflammation. Combined with imaging technology, this study will better inform patients and biology of how inflammation may lead to the development of cardiometabolic diseases.

The long term goals of Dr. Mehta’s lab are to improve both risk stratification and risk prediction for CVD in people with inflammatory conditions. He will continue to apply the diverse set of scientific approaches from his mechanistic translational science program to move discoveries from the bench to bedside, and understanding from the bedside back to the bench.

Nehal Mehta attended an accelerated seven-year biomedical program where he received his B.A. in 1997 with honors and M.D. in 2001 with Distinction from The George Washington University, and a M.S.C.E. in genetic epidemiology from the University of Pennsylvania in 2009. Following medical school, Dr. Mehta did his internship, residency, and chief medical residency in internal medicine at the University of Pennsylvania Hospital, followed by a fellowship in cardiovascular diseases, nuclear cardiology, and preventive cardiology. Following this, he did a post-doctoral fellowship in genetic epidemiology with a focus on inflammation and lipoproteins at the University of Pennsylvania’s Center for Clinical Epidemiology and Biostatistics (CCEB) and Institute of Translational Medicine and Therapeutics (ITMAT). In 2009, Dr. Mehta joined the faculty in Cardiovascular Medicine at the University of Pennsylvania School of Medicine and at the CCEB as an Associate Scholar. Dr. Mehta came to the NIH in 2012 as the inaugural Lasker Clinical Research Scholar, joining the NHLBI’s Cardiovascular and Pulmonary Branch. In addition to the Lasker Scholarship, Dr. Mehta has received numerous local and national awards and honors, including being named a Fellow of the American College of Physicians and American Heart Association. He is actively involved in several foundations and organizations in membership and leadership capacities including the American Heart Association and National Psoriasis Foundation. He is the editor for the section on cardiovascular, metabolic, and lipoprotein translation in the Journal of Translational Medicine and serves as a reviewers for several international grant organizations as well as biomedical journals.

This page was last updated on September 5th, 2020