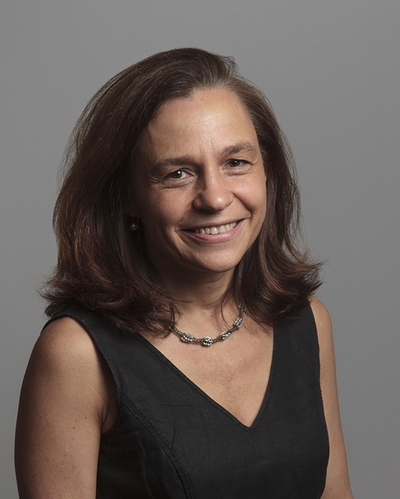 Dr. Montserrat García-Closas investigates the causes of cancer with the aim of understanding carcinogenic processes and improving risk assessment for precision prevention. She carries out a multidisciplinary research program on the molecular epidemiology of breast cancer and has made important contributions to the understanding of genetic susceptibility, etiologic heterogeneity and risk prediction for this malignancy. She is the principal investigator (PI) of the Polish Breast Cancer Study, the Ghana Breast Health Study, the Confluence Project and Connect for Cancer Prevention, a new prospective cohort study to study cancer etiology and its outcomes. Dr. Garcia-Closas also contributes to molecular epidemiology studies of bladder cancer.

Dr. García-Closas is a founder member of several large consortia. She served as the Chair of the Coordinating Committee for the International Consortium of Case-Control Studies of Bladder Cancer from 2005-2011, and since 2006 she co-Chairs the Pathology and Survival Working Group of the Breast Cancer Association Consortium (BCAC). Dr. Garcia-Closas is also co-leading the EU-funded Breast CAncer STratification (BCAST) Project within BCAC. She is currently leading the Confluence Project that brings together multiple consortia for multi-ancestry genetic susceptibility studies of female and male breast cancer. She is an active member of the NCI Cohort Consortium, where she co-leads the U01 Multi-factorial Breast Cancer Risk Prediction Accounting for Ethnic and Tumor Diversity to develop a comprehensive tool to predict breast cancer risk, overall and by sub-types, across major racial/ethnic groups in the U.S.

Dr. García-Closas received her M.D. from the University of Barcelona, Spain, a Master of Public Health in quantitative methods, and a Doctorate of Public Health in epidemiology from the Harvard School of Public Health. She joined DCEG in 1996 as a postdoctoral fellow, became a tenure-track investigator in 1999 and a tenured senior investigator in 2007. From 2008-2010, she was a visiting scientist at the Department of Oncology and Strangeways Laboratory, Cambridge University, U.K. In 2010, she became a Professor of Epidemiology at the Division of Genetic and Epidemiology of the Institute of Cancer Research (ICR), University of London, U.K. In 2015, she returned to DCEG as Deputy Director and senior investigator. She was appointed Interim Branch Chief for the Integrative Tumor Epidemiology Branch (ITEB) from 2016-2020, and in 2020 she was appointed Director of the Trans-Divisional Research Program (TDRP).

As Deputy Director for the NCI Division of Cancer Epidemiology and Genetics (DCEG), and Director of the TDRP, Dr. García-Closas focuses not only on her own research interests, but also on the management of the broad scientific program of the Division.