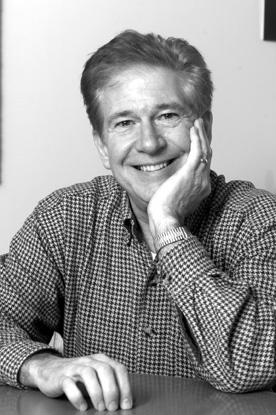 Nothing is more fundamental to living organisms than the ability to reproduce. Each time a human cell divides, it must duplicate its genome, a problem of biblical proportions. A single fertilized human egg contains 2.1 meters of DNA. An adult of about 75 kg (165 lb) consists of about 29 trillion cells containing a total of about 60 trillion meters of DNA, a distance equal to 400 times the distance from the Earth to the sun. Not only must the genome be duplicated trillions of times during human development, but it must be duplicated once and only once each time a cell divides (termed mitotic cell cycles). If we interfere with this process by artificially inducing cells to re-replicate their nuclear genome before cell division, the result is DNA damage, mitotic catastrophe, and programmed cell death (apoptosis). On rare occasions, specialized cells can duplicate their genome multiple times without undergoing cell division (termed endocycles), but when this occurs, it generally results in terminally differentiated polyploid cells that are viable but no longer proliferate. As we age, however, the ability to regulate genome duplication diminishes, resulting in genome instability, which allows genetic alterations that can result in promiscuous cell division—better known as cancer. For a comprehensive description of genome duplication in all forms of life, refer to ‘Genome Duplication’ (Figure 1).

Our research program focuses on three questions: What are the mechanisms that restrict genome duplication to once per cell division? How are these mechanisms circumvented to allow developmentally programmed induction of polyploidy in terminally differentiated cells? How can we manipulate these mechanisms to destroy cancer cells selectively?

Dr. Melvin DePamphilis was a graduate student in Biochemistry at the University of Wisconsin under the direction of Dr. Julius Adler, discovered the basal body of the bacterial flagellum and elucidated its structure and specific attachments to the cell envelope. This work was cited widely in textbooks and remains remarkably accurate 40 years after its publication. Searching for new vistas, Dr. DePamphilis entered the field of enzyme mechanisms as a postdoctoral fellow with Dr. Wallace Cleland, also at Wisconsin, where he synthesized the novel compound Cr(III)ATP and demonstrated its utility as a paramagnetic dead-end inhibitor for analysis of the active site of ATP-dependent enzymes. He then spent two years with Dr. Paul Berg at Stanford Medical School, where he developed the first subcellular system that allowed simian virus 40 (SV40) DNA to continue replicating in vitro. This research was continued at Harvard Medical School where Dr. DePamphilis was promoted to a tenured Professor in 1986. His interests there extended into polyoma virus, papilloma virus, Herpes virus, and finally mammalian cells and early mouse development. The latter topics became the primary focus when he moved to the Roche Institute of Molecular Biology, and an Adjunct Professor at Columbia University, then in 1996 to NICHD. To date, Dr. DePamphilis has published 192 scientific research papers, reviews and books, culminating recently with Genome Duplication, a textbook that summarizes the concepts, mechanisms, and evolution of DNA replication in the three domains of life, and their relationship to human disease. The lab’s current work focuses on the mechanisms that regulate cellular DNA replication during animal development, particularly those that determine when and where DNA replication begins and those that restrict genome duplication to once per cell division. The lab has contributed significantly to the identification and characterization of replication origins in viral and cellular genomes, to the organization and distribution of nucleosomes at replication forks, and to the sequence of molecular and enzymological events from initiation of replication forks, to their extension and eventual termination. Currently the group is pursuing its discovery and characterization of “the ORC cycle,”’ a sequence of cell cycle dependent post-translational modifications of the largest subunit of the six subunit ‘origin recognition complex’ that trigger disassembly and reassembly of the “origin recognition complex” (ORC). The ORC cycle has now been established in several multicellular eukaryotes where it contributes to preventing DNA re-replication, allows for reprogramming of origin licensing, and provides a mechanism by which individual components of ORC can function independently of one another. The lab continues to elucidate the mechanism by which trophoblast stem cells endoreplicate and differentiate into giant cells during early mouse development, and the roles of TEAD transcription factors in regulating cell proliferation. Finally, the lab is exploring the potential of anti-geminin drugs to induce DNA re-replication and apoptosis selectively in human cancer cells.

This page was last updated on Saturday, November 13, 2021