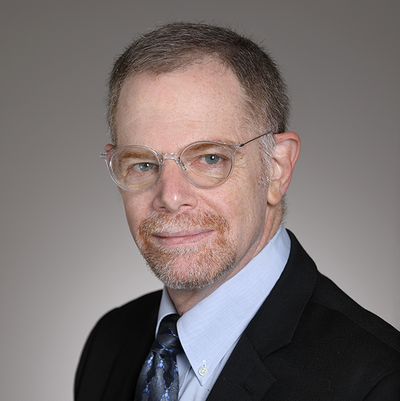 Advances in therapeutic approaches for patients with primary brain tumors has struggled to keep pace over the last few decades, as surgery, radiation and chemotherapy remain the staples of clinical care. As immunotherapy and precision medicine begin to become relevant in the field, Dr. Gilbert has established a robust research program at the Neuro-Oncology Branch with a multidisciplinary research group and accomplished clinicians that can improve treatment and patient outcomes. The goal of NOB and Dr. Gilbert’s vision is to not only find effective treatment for brain tumors as an area of unmet need, but also to establish paradigms of clinical and translational investigation that can then be utilized worldwide to help other physicians make a collective impact in neuro-oncology.

Since heterogeneity is a hallmark of brain tumors, Dr. Gilbert’s focus for the branch has been to explore precision medicine and immunotherapy options by utilizing computational, biological and clinical trial approaches stemming from a strong basic research program. His role in founding and establishing both the Brain Tumor Trials Collaborative (BTTC), of which NOB is the lead center, and the Collaborative Ependymoma Research Network (CERN) have been crucial foundational pillars to establish a hypothesis-driven research program that then supports pre-clinical and clinical studies to advance therapies for rare cancers. BTTC and CERN are now part of large, multi-institutional networks that focus on delivering clinical trial options for malignant gliomas around the country, supported by molecular profiling, patient outcomes studies, and innovative drug discovery among other goals.

Additionally, there are various research programs within NOB, namely Cancer Metabolism, Molecular and Cancer Cell Biology, Cancer Stem Cell Biology, Immunology, Translational Research, and Patient Outcomes, each led by an investigator with a specific area of expertise. These programs allow for a strong translational infrastructure that can result in hypothesis-driven clinical trials and each one aims to both understand the trajectory of brain tumors and provide maximal clinical benefit to the patient through therapy and patient outcomes research.

Further, with Dr. Gilbert’s guidance, NOB strives to maintain a highly collaborative team environment spanning from the clinical to laboratory side, letting both scientists and physicians interact and develop translational programs that can be easily carried to patients. Collaborations with bioinformatics groups, harnessing the power of effective preclinical models, and extramural relationships with other NCI branches also lends significant impact to basic research that can become clinically relevant. Mentorship is also an extensive facet of NOB’s activities with visiting, post-baccalaureate, postdoctoral, and summer fellows in addition to special volunteers and medical research scholars assisting with ongoing clinical and preclinical research programs.

Over the course of his career, Dr. Gilbert has been an integral part of various national and international clinical trial initiatives. Beginning in 2005, he was appointed Director of the Brain Tumor Trials Collaborative (BTTC), a multi-center clinical trials consortium that is a large part of NOB’s ongoing efforts to deliver accessible clinical trial options to patients across the country. Additionally, Dr. Gilbert is the founder and former Director and Principal Investigator of the Collaborative Ependymoma Research Network (CERN), a consortium formed in 2006 studying ependymoma, a rare central nervous system cancer. CERN supports basic research, clinical trials, patient outcomes research and educational efforts in North America and Europe.

Notably, Dr. Gilbert received the Blanche Bender Endowed Professorship in Cancer Research in 2009 from M.D. Anderson Cancer Center, and National Institutes of Health Director’s Award in 2016 for his impactful contributions to the field.