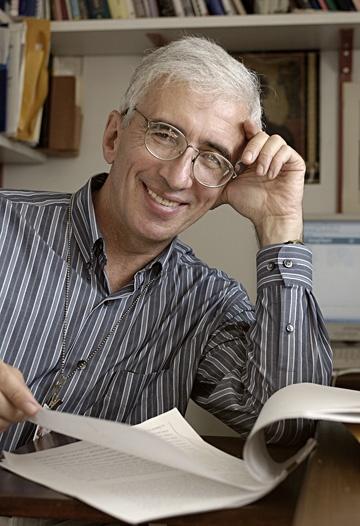 Transmission and Pathogenesis of HIV-1 in human tissues ex vivo: The role of extracellular vesicles in HIV disease and other human pathologies

The general goal of Dr. Margolis' Section's is to understand cell-cell interactions in the context of human tissues under normal conditions and in pathologies. In particular, the Section's interests in deciphering pathogenesis of human immunodeficiency virus (HIV) in human tissues. Towards this goal, a system of human tissues ex vivo was developed that support replication of HIV and of other viruses without artificial activation or stimulation. In such system many human tissues, including those important for HIV transmission and pathogenesis, cervico-vaginal, gastro-intestinal and lymphoid ones can be maintained ex vivo. These tissues preserve their cytoarchitecture and important functions. In such in vivo-like many in vivo aspects of viral pathogenesis are faithfully reproduces. In particular, we studied mechanisms of HIV-1 induced immunodeficiency and the role of host and viral factors in this process. These factors largely determine the course of HIV infection. Among host factors, tissue immune activation accompanied by cytokine spectra modulation plays a critical role. Also, HIV copathogens, in particular herpesviruses are important host factors that affect HIV infection. Among viral factors, viral phenotype is important. We suggested and now are testing our working hypothesis that non-HIV microbes (copathogens) associated with HIV infection largely determine the course of HIV transmission and disease by interacting with host cells and with HIV-1, as well as modulating cytokine spectra in the context of infected human tissues. Our objective is to decipher the mechanisms of these interactions and to develop ways to manipulate them in order to prevent HIV transmission and to contain HIV replication. Towards this goal in a translational aspect of our research we developed prototypic dual targeted anti-HIV/anti-herpesviruses antivirals. More recently we became interested in virions heterogeneity and developed a flow technique for analysis of antigenic composition of individual virions. This technique we use for analysis of extra-cellular vesicles that report on the cells status and mediate cell-cell interactions. We found that extra-cellular vesicles play important roles in HIV infection and in associated human pathologies including cardio-vascular diseases.

Dr. Leonid Margolis attended Lomonosov Moscow University (MSU) and graduated with degrees in mathematics and biology. He spent the first part of his scientific career at MSU, where he became a Chief Researcher, head of laboratory, and a full Professor of Cell Biology. He received a Ph.D. in Oncology and an advanced degree of Doctor of Science in Biophysics. His scientific interests were focused on cell-cell locomotion and cell membrane interactions. In 1999, he was elected a member of the Russian Academy of Natural Sciences. After the fall of the iron curtain, Dr. Margolis was allowed to travel abroad and worked as a Visiting Professor at the University of San Diego, University of Stuttgart, and Kings College, London. In 1994 he was selected to be a Fogarty Scholar-in-Residence at NIH. Dr. Margolis joined NICHD in 1995 and is Chief of the Section of Intercellular Interactions.

Dr. Margolis’s research projects are focused on normal and pathological processes in tissues. He developed a system of ex vivo human lymphoid tissues through which he and others investigated critical mechanisms of tissue pathogenesis of HIV-1 and other viruses under controlled laboratory conditions. The experimental tissue systems developed by Dr. Margolis and his team are widely used as platforms for the study of HIV pathogenesis and for testing antivirals. Currently, Dr. Margolis’s research is focused on inter-viral interactions in human tissues, the transmission of HIV-1 and herpesviruses, and the development of new antivirals, in particular microbicides. More recently Dr. Margolis studied extracellular vesicles and their role in normal processes and in pathologies, including cardio-vascular diseases.

Dr. Margolis has received several NIH Director’s Awards, is involved in various international collaborative activities, and is an Adjunct Professor at the University of Maryland, at MSU and a Honorary Visiting Professor at Charles University (Prague)