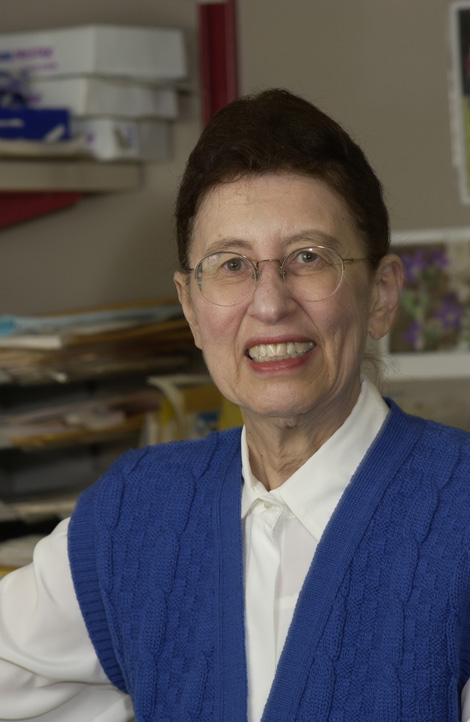 The goal of the research performed in the Section on Viral Gene Regulation is to define the molecular mechanisms responsible for the replication of HIV and related retroviruses and to investigate the role of host proteins that block virus infection. These studies are critical for developing new strategies to combat the AIDS epidemic, which continues to be a global threat to human health. To investigate the individual steps in HIV-1 reverse transcription, a major target of HIV therapy, we have developed reconstituted model systems. Much of our work focuses on the viral nucleocapsid protein (NC), a nucleic acid chaperone that remodels nucleic acid structures so that the most thermodynamically stable conformations are formed—an activity that is critical for highly efficient and specific viral DNA synthesis. We are also investigating the mechanism of antiviral activity of two human cytidine deaminases, APOBEC3G (A3G) and APOBEC3A (A3A). In other studies, our efforts are directed toward understanding the function of the viral capsid protein (CA) in HIV-1 assembly and early postentry events during the course of virus replication in vivo.

Dr. Judith G. Levin is currently Head, Section on Viral Gene Regulation in the Program on Genomics of Differentiation, NICHD.  She received a B.A. degree in Chemistry from Barnard College, an M.A. degree in Biochemistry from Harvard University, and a Ph.D. degree in Biochemistry from Columbia University. She has spent her entire professional career at the NIH, coming initially to work as a postdoctoral fellow in the laboratory of Dr. Marshall Nirenberg, where she performed studies on protein synthesis and the genetic code. Since the 1970s, Dr. Levin has been investigating the molecular mechanisms involved in retrovirus replication. In her early work, she studied murine leukemia virus (MLV) replication and made several novel discoveries: (i) MLV assembly proceeds in the absence of genomic RNA, although virions contain the full complement of viral proteins; (ii) MLV-infected cells contain two non-equilibrating pools of full-length viral RNA, one for encapsidation (short-lived) and the other functioning as the mRNA for the Gag precursor (long-lived), which rationalizes the earlier observation; and (iii) a series of papers defining the unique mechanism for MLV translational read-through suppression. The broad objective of Dr. Levin’s current research is to expand knowledge of HIV replication strategies and thereby contribute to development of new treatments for AIDS patients. She has studied the effects of mutations in the HIV-1 capsid protein on infectivity, viral core architecture, and reverse transcription. She has also had a long-standing interest and leadership role in research on the HIV-1 nucleocapsid protein (NC) and has made numerous contributions regarding the critical importance of NC function for specific and efficient reverse transcription. Recently, Dr. Levin has undertaken studies of the human APOBEC3 (A3) proteins, a family of cellular cytidine deaminases that function as restriction factors and are part of the innate response to infection by HIV-1 and other viruses. These studies target the molecular properties of the purified proteins and their relation to biological activity and protein structure.