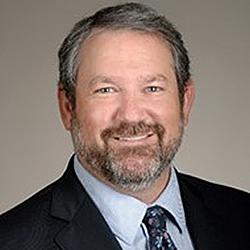 Working memory, the storing of behaviorally relevant information on a timescale of seconds, is a central component of cognition. Working memory deficits also feature prominently in many psychiatric disorders, including schizophrenia. Complex networks of neurons across the brain appear to work in concert to support normal working memory. Dysfunction of this cognitive domain in schizophrenia may therefore arise from the widespread neural circuit dysconnectivity observed in patients with, and models relevant to the study of, this disorder. However, the neural computations that give rise to normal and disordered working memory function, and the micro- and macro-circuits of neurons that subserve these computations, are largely unknown.

The Integrative Neuroscience Section (INS) has two principal goals: [1] to probe the neural circuit basis of normal working memory; and [2] to characterize the neural circuit and working memory dysfunction in mouse models of genetic susceptibility to schizophrenia and related disorders to both understand their pathophysiology and identify novel treatment targets. The section uses in vivo electrophysiology and other neural circuit tools (e.g. in vivo fiber photometry, fluorescence imaging) to record the function of discrete cells and circuits in freely moving animals, and uses optogenetic tools to control this function in real-time during behavior. The work focuses on the neural computations within, and circuit-level interactions between, the prefrontal cortex, hippocampus and thalamus. The section also aims to identify molecular targets that influence connectivity within and between these structures, and plasticity mechanisms that may be leveraged to counteract circuit dysconnectivity in psychiatric disease-related models.

Joshua A. Gordon, M.D., Ph.D., is the Director of the National Institute of Mental Health (NIMH) and Chief of the Integrative Neuroscience Section at the National Institute of Neurologic Disorders and Stroke (NINDS). Dr. Gordon pursued a combined M.D.-Ph.D. degree at the University of California, San Francisco (UCSF). Medical school coursework in psychiatry and neuroscience convinced him that the greatest need, and greatest promise, for biomedical science was in these areas. During his Ph.D. thesis with Dr. Michael Stryker, Dr. Gordon pioneered the methods necessary to study brain plasticity in the mouse visual system.

Upon completion of the dual degree program at UCSF, Dr. Gordon went to Columbia University for his psychiatry residency and research fellowship because of the breadth and depth of the research opportunities there. Working with Dr. Rene Hen, Dr. Gordon and colleagues studied the role of the hippocampus, a brain structure known to be important for memory and emotional processes associated with anxiety and depression. He joined the Columbia faculty in 2004 as an assistant professor in the Department of Psychiatry.

Dr. Gordon's research focuses on the analysis of neural activity in mice carrying mutations of relevance to psychiatric disease. His lab studied genetic models of these diseases from an integrative neuroscience perspective, focused on understanding how a given disease mutation leads to a behavioral phenotype across multiple levels of analysis. To this end, he employs a range of systems neuroscience techniques, including in vivo imaging, anesthetized and awake behavioral recordings, and optogenetics, which is the use of light to control neural activity. His research has direct relevance to schizophrenia, anxiety disorders, and depression.

In addition to his research, Dr. Gordon was an associate director of the Columbia University/New York State Psychiatric Institute Adult Psychiatry Residency Program, where he directed the neuroscience curriculum and administered research training programs for residents. Dr. Gordon also maintained a general psychiatric practice, caring for patients who suffer from the illnesses he studied in his lab at Columbia.