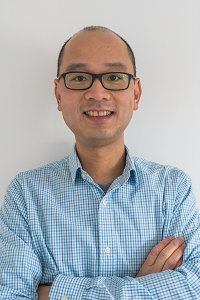 We develop and apply systems biology approaches—combining computation, modeling, and experiments—to study the immune system at both the organismal and cellular levels.

Systems Human Immunology
At the organismal level, we have been utilizing natural perturbations (disease and genetic variation) and ethical interventions (particularly vaccination) to systemically perturb the immune system and comprehensively assess its statuses pre- and post-perturbation using multiplexed technologies in human cohorts. The resulting multi-modal data sets are analyzed and modeled in an integrative manner to 1) uncover biomarkers of immune responsiveness and health, 2) infer connectivities among components of the immune system, and ultimately, 3) understand how immune responses are orchestrated across scales—from molecules to cells to cell-to-cell interactions in space and time.

Immune Cells and Their Adaptations to the Environment: From Cell Populations to Single Cells
An immune response is a collective outcome of the coordination among a large number of cells operating over space and time. Throughout this process, individual cells (and cell populations) monitor and adapt to environmental signals. We are broadly interested in understanding how immune cells adapt to their environment and make decisions. Macrophages are particularly good models in this context. They are highly plastic and respond with diverse functional phenotypes to environmental challenges. In addition to host defense, macrophages play important roles in tissue homeostasis and have been implicated in a number of conditions in health and disease (e.g., atherosclerosis, obesity, Type II diabetes). We are studying macrophage adaptation at both the cell-population and single-cell levels. We are utilizing dense measurements from flow cytometry, microfluidic qPCR (Fluidigm), RNAseq, ChIP-Seq, and CAGE-Seq to comprehensively characterize cellular states pre- and post-environmental stimulation, followed by integrative modeling and analysis. We are particularly interested in assessing cell-to-cell heterogeneity in transcriptional responses and understanding its functional consequences at both the network and cellular levels.

Biological Circuit Inference
We are broadly interested in the general problem of inferring biological circuits at several levels, including interactions among cell types and among biomolecules within and across cells. In addition to circuit topology, we are interested in understanding the mapping between topology and function, as well as the associated operational and design principles. Our general approach to tackle this problem has been to utilize arrays of experimental perturbations or natural variations in cells and organisms to “generate” diverse cellular and/or organismal phenotypes followed by comprehensive, multi-modal characterization of the resulting states. We then use this dense sampling and measurement of the state-space to computational model and infer functional relationships among systems components. To close the loop, both experimental and computational follow-ups are used to further test and validate the resulting models and hypotheses.

Method Development
Our main experimental tools include next-generation sequencing, flow cytometry, and quantitative PCR. We are also developing and adopting approaches for highly multiplexed single-cell profiling. On the computational and modeling end, we employ or develop methods motivated by (or borrow verbatim from) multivariate statistics, Bayesian network inference, linear models, and graph algorithms, as well as dynamical and stochastic modeling. We also aim to develop or turn internal toolkits into broadly distributed tools when it is apparent that they are useful in more general settings, particularly in settings where experimental biologists with little or no computational training can be empowered to generate and test hypotheses using large, complex data sets.

Dr. Tsang received his Ph.D. in biophysics from Harvard University and B.A.Sc. and M.Math. in computer engineering and computer science, respectively, from the University of Waterloo in Canada.

Dr. Tsang has been working on systems biology and genomics research in both academic and industrial settings for over a decade. After graduating from Waterloo in 2000, he helped pioneer high-throughput computational and experimental methods to annotate the then-freshly sequenced human genome using custom DNA microarrays at Rosetta Inpharmatics and then led a bioinformatics group at Caprion Proteomics. His doctoral research was conducted in Alexander van Oudenaarden’s laboratory at MIT, where he led research on the systems biology of microRNA-mediated regulation and stochastic gene expression in yeast. After earning his Ph.D. in 2008, he returned to Rosetta Inpharmatics Division of Merck Research Laboratories to work with Dr. Eric Schadt on integrative genomics and genetics of gene expression in human and mouse.

He is currently leading a research program to develop and apply computational and experimental approaches to study the immune system (aka, “systems immunology”). He was also jointly appointed as director of computational systems biology at the Trans-NIH Center for Human Immunology (CHI), where he recruited and now leads a group of computational biologists to integrate and analyze large-scale data sets to dissect the human immune system in health and disease.