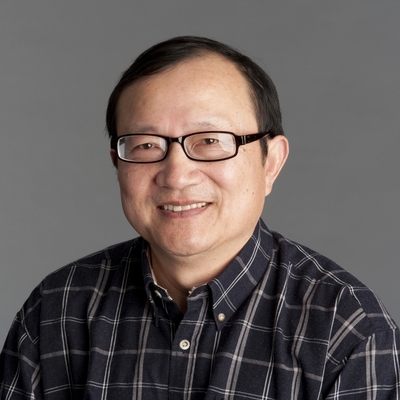 The Role of Chemoattractants and Receptors in Inflammation, Immune Responses and Tumor Progression

Dr. Wang's laboratory is particularly interested in a group of chemoattractant GPCRs named FPRs, which were initially indentified in phagocytic leukocytes based on recognition of bacterial chemotactic formylated peptides. Subsequently, a number of novel host-derived chemoattractant agonists for FPRs have been identified and the receptors are detected in various cell types, suggesting a broader role of these receptors in vivo.

In studies of the role of FPRs in inflammation and tumor progression, Dr. Wang's laboratory found that one member of the FPR family, FPR1 (initially termed FPR), was more highly expressed by human grade IV glioblastoma multiforme (GBM), a most deadly tumor type in human brain.

Experiments with GBM cell lines revealed that FPR1 in tumor cells was activated by agonist(s) released by necrotic GBM cells. FPR1 then transactivates the receptor for epidermal growth factor (EGFR) and the two receptors cooperate to exacerbate the malignant behavior of GBM cells. Depletion of both receptors from GBM cells reduced their capacity to form tumors in animal models. Dr. Wang's laboratory is now characterizing the nature of the FPR1 agonists released by necrotic GBM cells and pursues the possibility of targeting FPR1 and its tumor-derived agonists as potential novel GBM therapies.

These findings suggest the possibility of profound influence of mFPR2 in dendritic cell differentiation and maturation in vivo, which are critical for host responses in inflammation, immune responses and resistance to cancer development. Dr. Wang's laboratory is actively studying these issues by using various genetic engineering approaches in order to obtain a better understanding of disease mechanisms and to indentify therapeutic targets.