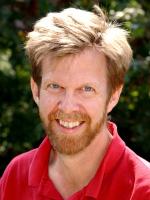 Epigenetics
Dr. Taylor's group has published the first epigenome-wide association study of breast cancer, with data that suggest that DNA methylation may provide better predictive accuracy than genetics or known risk factors. In addition they have identified age-associated methylation sites that are strongly correlated with differentially methylated sites in multiple types of cancer. These findings suggest that age-associated changes in methylation may explain, at least in part, the exponential increase in cancer risk seen with increasing age.

Genetic Susceptibility
Dr. Taylor's research on genetic susceptibility examines the hypothesis that polymorphisms in selected genes, in conjunction with environmental exposures, affect a person's risk of developing cancer. Much of this work has been focused on prostate cancer, where he has examined differences between European-American and African-American men, both in terms of susceptibility, and in terms of risk of developing aggressive disease. Finally, has used improved methods to accurately measure telomere length and examine stability over time, relationship to genotype, and use in predicting cancer risk.

DNA Modification
Dr. Taylor's research on DNA modification addresses the hypothesis that environmental exposures cause DNA alterations that are important to cancer risk. This includes a clinical trial examining the effect of diet on DNA damage measured in serial colon biopsies. Such research can identify the exposures and mechanistic pathways that lead to disease, and provide information on risk, early detection, and prognosis. It also offers the possibility of two intriguing applications in epidemiology: using DNA modification as an intermediate measure of risk and using DNA change as a dosimeter of a person's lifetime exposures.

This page was last updated on Wednesday, March 5, 2014