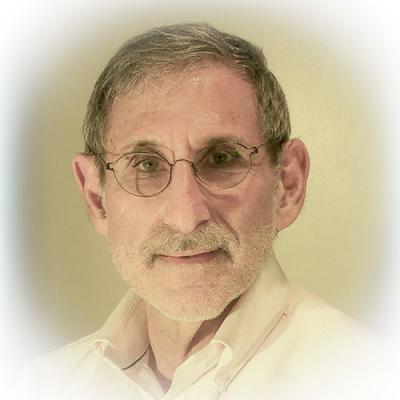 Research in the Geller laboratory focuses on understanding the mechanisms that control axonal growth and pathfinding, both during neural development and to stimulate regeneration after injury to the brain or spinal cord.

The development of neurons and the neuronal response to injury are influenced by interactions between neurons and the second major cell type in the nervous system, glia. The predominant glial cells in the central nervous system, astrocytes, normally provide a favorable environment for neurons by promoting neuronal migration and the outgrowth of dendritic and axonal processes during development. However, after injury, astrocytes become reactive and form a major part of the glial scar that forms around the injury site and inhibit regeneration. Dr. Geller is identifying the molecular mechanisms at work under these different conditions. His ultimate goal is to promote neuronal regeneration after injury by preventing these changes in astrocytes, adding permissive molecules to astrocytes, or causing neurons to ignore inhibitory cues.

Dr. Geller's laboratory is evaluating the mechanisms by which astrocytes provide directional cues for neuronal processes, focusing on the behavior of the growth cones at their tips as they encounter molecular boundaries. Molecules secreted into the extracellular matrix by astrocytes may be permissive or inhibitory for growth and guidance.

One class of inhibitory astrocyte-derived guidance molecule in the extracellular matrix is the family of chondroitin sulfate proteoglycans (CSPGs). Sulfation of chondroitin glycosaminoglycan (GAG) chains is essential for many of their functions. Dr. Geller and his colleagues have demonstrated a selective action of GAG chains due to their decoration by sulfate in the 4-position of N-acetyl-galactosamine. Elimination of only a few sulfates in the chain abrogates biological activity. This suggests the existence of a "sulfation code" by which GAG chains signal. Dr. Geller and his colleagues are conducting experiments to determine this sulfation code for 4-sulfation as well as other positions in the GAG chain. In addition, the team is conducting experiments to identify the receptors and signal transduction mechanism that mediate CSPG actions on neurons.

Collaborative studies are focused at understanding how neuronal guidance is affected by physical rather than chemical cues. Together they have demonstrated that neurite outgrowth can be controlled by the stiffness of the substrate, with different neuronal populations responding to different stiffness. Whether stiffness can be used to control directional outgrowth is an area of current investigation. In addition, the laboratory is investigating how physical cues (stiffness and structural confinement of growth) can affect the response of the neurons to CSPGs.

Herbert Geller graduated with a Ph.D. from Case Western Reserve University in 1970 and was an assistant and fellow in physiology, pathology, and neurology at the University of Rochester School of Medicine and Dentistry from 1970 to 1972. He joined the Department of Pharmacology and Neurology at Robert Wood Johnson Medical School in New Jersey becoming a professor in 1985. Dr. Geller joined the NIH in 2001 and since 2005 has been a mentor in the Biomedical Engineering Summer Internship Program. In 2012, he served as the co-chair of the NIH-FDA Glycoscience Day. Dr. Geller has authored or co-authored more than 100 papers, and he sits on the editorial boards of the International Journal of Developmental Neuroscience and the Journal of Neuroscience Methods. Dr. Geller holds memberships with the Society for Neuroscience, American Association for the Advancement of Science, and American Society for Cell Biology.

This page was last updated on September 17th, 2018