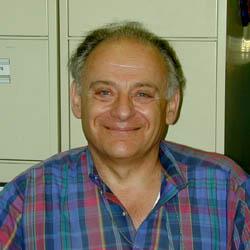 Dr. Gainer’s research expertise is in the mechanisms that are involved in the establishment and maintenance of specific peptidergic neuronal phenotypes in the central nervous system. He studied the cell biological and molecular processes that underlie cell-specific expression of oxytocin and vasopressin genes, and the biosynthesis, sorting, packaging and neurosecretion of the resulting neuropeptides in the hypothalamus. In order to examine these issues he focused on two neural systems in the CNS: 1) the magnocellular neurons of the mammalian hypothalamo- neurohypophysial system, which secrete the nonapeptides, oxytocin and vasopressin into the general circulation, and 2) and neurons in the suprachiasmatic nucleus which secrete vasopressin in a circadian fashion into specific hypothalamic sites.

Dr. Gainer obtained his B.S. in Chemistry from the City College of New York, and his Ph.D. in Physiology and Biochemistry from the University of California, Berkeley. After a brief period as a Postdoctoral Fellow at Berkeley and as an Instructor in Physiology at UCSF, Dr. Gainer did further postdoctoral work on the electrophysiology of muscle and synapses at Columbia University College of Physicians and Surgeons in New York in the laboratory of Harry Grundfest. Dr. Gainer moved to a faculty position at the University of Maryland where his research focused on mechanisms of sound production in marine animals and on the role of calcium in excitation-contraction coupling. He was an adjunct/visiting professor at the University of Maryland, George Washington University and Tel-Aviv University, Israel, and a summer investigator at the Marine Biological Laboratory, Woods Hole. In 1969, Dr. Gainer joined the NIH, NICHD as a Research Physiologist, and later became Chief of the Laboratory of Neurochemistry and Immunology in NICHD. In 1987 he moved to the NINDS to become Chief of the Laboratory of Neurochemistry, and also served as Basic Neuroscience Director from 1990-2000, and as Acting Scientific Directorfrom 1994-1995 in the intramural NINDS, NIH. Dr. Gainer's laboratory studied the cell and molecular biology of oxytocin and vasopressin peptidergic neurons in the mammalian hypothalamus. Dr. Gainer retired in 2012, and is presently a Scientist Emeritus in NINDS, NIH.