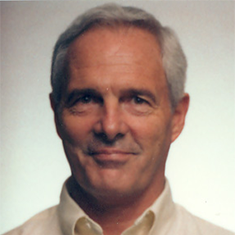 In conjunction with our studies on mammary tumorigenesis in feral and inbred mice, our efforts have focused upon understanding the cellular basis of malignant progression in the mammary gland. Taking the point of view that mammary carcinomas arise as clonal populations of transformed tissue-specific stem cells and their differentiating progeny, we have initiated a long-term project aimed at elucidating the cellular, molecular, and genetic events underlying mammary epithelial cell growth, regeneration, and functional development.

The study of mammary gland development and differentiation in several transgenic mouse models utilizing the mammary fat pad transplantation technique as an experimental approach strongly suggested that two separate and distinct mammary epithelial progenitor cells were responsible for the generation of the ductal and lobular components of the mature functional mammary gland. An in vivo transplantation system was used to evaluate the developmental capacities of specific mouse mammary epithelial cell populations. Specifically, mouse mammary epithelial cells with distinctly limited developmental potentials were identified using this procedure. Two distinct epithelial cell progenitors have been identified by experiments designed to determine whether basal lobular and ductal phenotypes could develop independently under conditions imposed by a limiting dilution. The prediction that these separate epithelial progenitors must exist was based upon the results from transplantation experiments carried out in epithelium-divested mammary fat pads of syngeneic mice with mammary epithelium from two different transgenic mouse models (WAP-Int3; WAP-TGF-beta1). The results demonstrated the following points: (1) lobular (i.e., secretory) progenitor cells are present as distinct entities among the mammary epithelial cells found in immature virgin female mice; (2) similarly, ductal epithelial progenitors are present within the same population; (3) lobular progenitors are present in greater numbers, although both cell populations are extremely small; (4) some inocula produced outgrowths with simultaneous development of both lobular and ductal phenotypes. This indicates either cooperative interaction between the two epithelial progenitors or represents evidence for a multipotent epithelial stem cell capable of producing both ductular- and lobular-committed daughters. We have recently shown that the progeny of a single multipotent mammary epithelial cell may comprise a regenerated fully functional mammary gland. In addition to producing all the types of epithelium necessary to form the gland, these individual stem cells are capable of self-renewal and give rise to roughly 1100 additional multipotent epithelial stem cells during the repopulation of a single mammary fat pad. These individual multipotent mammary epithelial cells are present in the gland throughout life with undiminished proliferative capacities and represent a cellular subpopulation at great risk for malignant transformation.

Cell and developmental biologists who have examined growing and regenerating tissue by transmission electron microscopy have postulated that the undifferentiated cells observed within these tissues represent tissue-specific stem or progenitor cells. However, no studies have addressed the issue of whether these undifferentiated, putative stem cells persist in growth senescent tissues. Serially transplanted mammary epithelium consistently displays growth senescence beginning at the third transplant generation. The rate of aging is not uniform throughout the transplanted population and complete growth quiescence for all portions of a given outgrowth is reached subsequent to the 6th transplant generation. Mammary epithelial cells bearing the morphological characteristics of undifferentiated stem cells (i.e., SLC and ULLC) likewise disappear from senescent populations simultaneous with growth cessation (Smith 2002). In premalignant mammary epithelial populations, which exhibit indefinitely prolonged growth potential, both of these cell types (SLC and ULLC) are maintained. This observation provides further support for the conclusion that these ultrastructurally distinct mammary cells represent the mammary stem/progenitor cell population.

Mammary cell biologists have long assumed that differentiated secretory epithelial cells undergo apoptosis following lactation and that the alveolar compartment is reconstituted from undifferentiated precursor cells in subsequent pregnancies. It is generally agreed that the involuted gland in a parous animal resembles that of a mature virgin in its morphology. However, a number of physiological differences have been noted in comparing the responses of mammary epithelia from nulliparous versus parous females to hormonal and carcinogenic agents. Employing tissue-targeted, Cre-lox mediated, conditional activation of a reporter gene, new evidence was developed indicating that an involuted mammary gland is fundamentally different from a pubertal gland. This difference results from the formation of a new mammary epithelial cell population that originates from differentiating cells during pregnancy. In contrast to the majority of fully committed alveolar cells, this epithelial population does not undergo cell death during involution and remodeling following a lactation period. We show that these cells can function as alveolar progenitors in subsequent pregnancies, and play an important role in functional adaptation in genetically engineered mice, which exhibit recovery from a lactation-deficient phenotype. In transplantation studies, this parity-induced epithelial population shows the capacity for self-renewal and contributes significantly to the reconstitution of the resulting mammary outgrowth. In limiting dilution assays designed to reveal the developmental repertoire of the dispersed, parity-specific cells, it was found that they could produce both luminal and myoepithelial cells, comprise both lobule-limited and duct-limited epithelial outgrowths, and differentiate into all the cellular subtypes recognized within the murine mammary epithelium. These data support the hypothesis that these cells represent transient-amplifying, multipotent mammary epithelial progenitors. It seems possible that the parity-induced epithelium represents the cellular basis for the increased refractoriness of mammary glands in parous females to the risk of cancer development.

Dr. Gilbert Howlett Smith received his B.A. in Biology from Hartwick College, Oneonta, N.Y. in1959. He was named Outstanding Alumnus in 2010 and was invited to present the Commencement Address in 2011 where he received an Honorary Doctorate of Biology from Hartwick. He received a Ph.D. in Biology from Brown University, Providence, R.I. in 1965 and joined NCI as a Staff Fellow in Research in July,1965 with the Ultrastuctural Research Section of the Viral Biology Branch under the supervision of Dr. Albert J. Dalton; where he was converted to Principal Investigator in 1967 and became Section Head in 1968. Subsequently, Dr. Smith has served as Senior Investigator in the Laboratory of Biology 1970-75; the Molecular Biology Laboratory from 1975-1986; the Laboratory of Tumor Immunology and Biology from 1986-1998 when he was appointed Section Chief of the Mammary Stem Cell Biology Section 1998-2002. He is presently a Section Chief in the Basic Research Laboratory after serving as such in the now defunct Mammary Tumor Biology and Tumorigenesis Laboratory from 2002-2013. In 2006, Dr. Smith received an NIH Merit Award for his outstanding contributions to our understanding of the mammary stem cell niche in breast development and tumorigenesis.