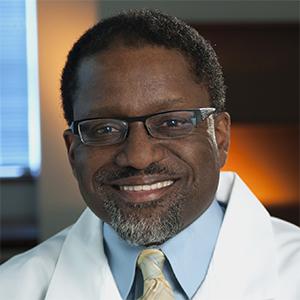 One of the long-term goals of Dr. Gibbons' research program is to utilize new genomic technologies to integrate the areas of physiologic genomics, functional genomics and human molecular genetics in the field of vascular biology and medicine. Dr. Gibbons' translational research laboratory has a longstanding interest in elucidating the molecular mechanisms involved in vascular remodeling in health and disease. The laboratory is interested in discovering novel mediators of vascular disease that may constitute candidate disease susceptibility variants. Under Dr. Gibbons' supervision, the Cardiovascular Disease Section (CVDS) is actively involved in collaborative projects designed to study the functional significance of epigenetic and genomic variation and the potential role of genetic variation in promoting the susceptibility to cardiovascular disease in both clinical and community-based settings. One of the ultimate goals of CVDS is to take a multi-level, multi-disciplinary approach to understanding and ameliorating racial and ethnic disparities in cardiovascular health.

One of the major objectives of the CVDS is to leverage the vast clinical and diagnostic resources of the NIH Clinical Center to investigate the cardiovascular status of the Washington metropolitan area's African-American population. The Gibbons group has recently established a new protocol to recruit more than 3,200 individuals for clinical evaluation and research testing called GENE-FORECAST® (GENomics, Environmental FactORs and the Social DEterminants of Cardiovascular Disease in African-Americans STudy). This resource will aim to test the working hypothesis that race-ancestry differences in cardiovascular disease (CVD) reflect the influence of a unique interplay between genomic variation and the 'exposome' of social determinants and environmental factors that influence the pathogenesis of CVD in the target population.

The CVDS seeks to develop a highly dense set of ancestry informative markers that transcends currently available panels. The Gibbons group is actively computing, imputing and simulating genomic and phenotypic models developed by dimensionality reduction techniques to gain useful insights from big data (20 terabytes or larger). They are actively recruiting participants into the GENE-FORECAST® study and integrating outside datasets, including previously collected large CVD studies such as the MH-GRIDSM dataset, ClinSeq®, the Howard Family Health Study, and the 1000 Genomes Project.

Studying the involvement of rare and uncommon variants in complex trait etiology necessitates powerful and robust analysis methods. Bioinformatic tools are used as a first step to predict functionality. The Gibbons lab is currently developing algorithms to model and predict a highly dense set of markers across the genome for differentiating subcontinental ancestry. Through various dimensionality reduction techniques, they aim to identify ancestry segments within each subject for inference of ancestral differences in novel putative functional variants and natural stratification for case/control comparison in variant enrichment analysis. These approaches are then extended to include polymorphism frequency across populations (when available) as a metric for improved classification, as well as multi-way primate and mammalian alignments. Using these datasets, the Gibbons group intends to address fundamental questions linking biologically functional ancestry-related DNA variants to CVD phenotypes.

The second objective of the CVDS is to examine the associations of social determinants, neighborhood characteristics, novel biomarkers (e.g., adiponectin), CVD phenotypes (e.g., coronary artery calcification, vascular function) or CVD risk factors (e.g., hypertension, obesity) in African Americans. Data generated from surveys are used to assess the association between neighborhood characteristics, social determinant exposures, and self-reported CVD risk factors, after controlling for conventional covariates such as age and gender. Depending on the type of CVD phenotype, various statistical analyses are performed in order to examine the associations of social determinants with continuous CVD phenotypes (e.g., blood pressure, vascular function, Vitamin D levels) and categorical CVD risk morbidity (e.g., diabetes, obesity). In addition, associations of neighborhood characteristics with CVD risk factors are investigated. Models will include random components to account for correlations between persons within neighborhoods. To assess gene-environment interactions between minor allele frequency (MAF) and environmental exposures, logistic regression (binary outcomes) and linear regression (continuous outcome) will be used to control for covariates.

Gary H. Gibbons, M.D., is director of the National Heart, Lung, and Blood Institute (NHLBI) at the National Institutes of Health (NIH), where he oversees the third largest institute at the NIH, with an annual budget of more than $3 billion and a staff of 917 federal employees. The NHLBI provides global leadership for research, training, and education programs to promote the prevention and treatment of heart, lung, and blood diseases and enhance the health of all individuals so that they can live longer and more fulfilling lives. Prior to being named director of the NHLBI, Gibbons served as a member of the National Heart, Lung, and Blood Advisory Council (NHLBAC) from 2009-2012. He was also a member of the NHLBI Board of Extramural Experts (BEE), a working group of the NHLBAC. Before joining the NHLBI, Gibbons served as the founding director of the Cardiovascular Research Institute, chairperson of the Department of Physiology, and professor of physiology and medicine at the Morehouse School of Medicine, in Atlanta.

Throughout his career, Gibbons has received numerous honors, including election to the Institute of Medicine of the National Academies of Sciences; selection as a Robert Wood Johnson Foundation Minority Faculty Development Awardee; selection as a Pew Foundation Biomedical Scholar; and recognition as an Established Investigator of the American Heart Association (AHA).