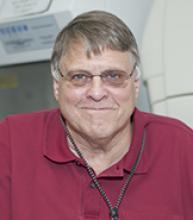 Borrelia Projects: This research focuses on the physiology, biochemistry, gene regulation, and pathogenesis of Borrelia burgdorferi, the causative agent of Lyme disease in humans. B. burgdorferi faces several environmental and immunological challenges during its infective cycle and must alter (regulate) gene expression to successfully adapt to these conditions.

Analysis of the B. burgdorferi genome sequence has revealed that there are very few known regulatory proteins in this bacterium. Conspicuously absent are global regulatory proteins such as CRP, LexA, Fnr, IHF, Lrp, and the sigma factors involved in the heat shock response, σ32 and σ24.

This suggests that, compared to other well-characterized pathogenic bacterial systems, the global regulatory systems operating in B. burgdorferi are relatively simple. Clearly, these systems are required for B. burgdorferi to adapt as it encounters very different environments during transfer from an animal reservoir to the tick and then to a human host.

Research efforts in this group have focused on three important regulatory proteins: 1) BosR, a Zn-dependent transcriptional activator that regulates key antioxidant enzymes; 2) σ54, an alternate sigma factor that also regulates certain parts of the oxidative stress response and regulates the osmotic stress response; and 3) vs., which controls the stationary phase of growth and the expression of genes that are critical to the pathogenesis of Lyme disease.

Dr. Gherardini received his doctorate in 1987 from the University of Illinois, studying enzymes involved in the utilization of galactomannans by Bacteroides ovatus. From 1991 to 2001, he was a tenured professor in the Department of Microbiology at the University of Georgia. In 2001, Dr. Gherardini joined the Rocky Mountain Laboratories, where he is chief of the Gene Regulation Section and a senior investigator in the Laboratory of Bacteriology.