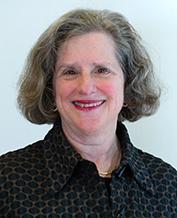 The Section conducts clinical research on youth with bipolar disorder (BD), those at familial risk for BD and those with severe, impairing irritability. For each of our target populations, our goal is to elucidate the brain mechanisms mediating psychopathology in order to inform novel treatment approaches. To accomplish this, we employ an applied neuroscience approach, i.e., we first use standardized behavioral paradigms to assess responses to emotion stimuli and related psychological functions (e.g., cognitive control, attentional processes) and then, when between-group differences are found, we use functional MRI (fMRI) to study the mediating neural circuitry. The Section takes a developmental approach, in that our work in youth at risk for BD includes children preschool age through adolescence, and we perform studies comparing adults and children with BD. In addition to fMRI, we conduct structural MRI and DTI studies. Among the Section’s findings is the identification of emotion identification deficits and amygdala dysfunction during face emotion processing as potential endophenotypes for bipolar disorder in youth with, or at risk, for bipolar disorder.
Our work on children with severe irritability initially focused on clinical and brain-based comparisons between such youth and those with clearly episodic bipolar disorder. As noted above, these studies elucidated important differences between the two populations, and that line of research continues. In addition, our research on severely irritable youth has evolved to include a focus on the brain mechanisms mediating irritability per se. For example, we developed tolerable and ethically appropriate methods of inducing mild but discernible frustration during neuroimaging, so that the brain mechanisms of frustration and, by extension, irritability, can be studied in real time. Consistent with the NIMH’s Research Domain Criteria, or RDoC, initiative, which focuses research on dimensional traits seen across traditional diagnostic boundaries , we are now studying the brain mechanisms of irritability, not only in youth with SMD, but also in those with anxiety disorders or bipolar disorder. Finally, there is a significant need for research on the treatment of severe irritability, and we are currently conducting a controlled clinical trial of methylphenidate plus citalopram in the treatment of SMD.

As detailed below, Dr. Leibenluft’s research focuses primarily on the brain mechanisms involved in bipolar disorder and severe irritability in children and adolescents. Her work involves the use of cognitive neuroscience techniques and neuroimaging modalities, primarily functional MRI. She is also interested in novel treatment development for severe irritability, as well as the longitudinal course of both bipolar disorder and severe irritability in children. Dr. Leibenluft has won a number of honors, including the American Psychiatric Association Blanche F. Ittleson Award for Research in Child and Adolescent Psychiatry, the Litchfield Lecture at Oxford University, and the Michael Rutter Lecture of the Royal College of Psychiatrists. She serves on several Editorial Boards, including the American Journal of Psychiatry, Biological Psychiatry, and Bipolar Disorders, and is a Deputy Editor of the American Journal of Child and Adolescent Psychiatry.

Dr. Leibenluft’s group strives to have research participation be a positive experience for children and their families. In addition, she places a strong emphasis on mentoring trainees at all levels and on creating a collaborative and productive environment within the Section.