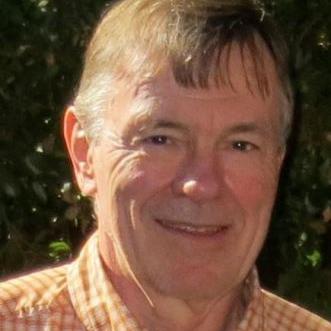 Developmental systems are controlled by modulating gene expression in response to internally programmed signals as well as to external signals. Our laboratory is interested in studying the molecular interactions and the signaling that occur to regulate gene expression. We exploit the genetic systems available in Escherichia coli, its plasmids, and its viruses (e.g., bacteriophage lambda) to help us understand (1) gene regulation at the levels of transcription initiation and elongation, and translation initiation, and (2) cell growth and cell cycle control signals.

RECOMBINEERING: Recently, we have developed an in vivo cloning and gene modification system using lambda Red-mediated homologous recombination with short (<50 bp) homologies. This new technology called recombineering is being used. It is a great tool in E. coli for genetic modification. We have provided recombineering strains to more than 3000 labs. Well over half of these labs work on eukaryotic model systems like mouse and Drosophila. Modifications are made to clones in coli, which are then used to generate transgenics or targeted gene modifications in the model systems.

Recombineering eliminates the need to cut DNA with restriction enzymes or join DNA fragments with DNA ligase. This extremely efficient recombination system is revolutionizing the way in which recombinant DNA work is done and is a major tool in the new fields of synthetic biology. Visit our laboratory web site on recombineering: http://redrecombineering.ncifcrf.gov/

The N gene of lambda is the first gene expressed following viral infection. The function of the N protein is necessary for expression of most other lambda genes by its actions as a positive regulator. Positive activation of other genes occurs by N binding to specific RNA sites called NUT, modifying the RNA polymerase transcription complex. This modified polymerase complex reads through transcription terminators to distal lambda genes. Thus, the expression and action of N are central to the control of lambda development.

We have determined that N is subject to novel posttranscriptional regulatory circuits. Expression of the N gene is autoregulated by N binding to the NUT RNA site 150 bases upstream of the N gene, thereby repressing the translation of N more than 100-fold over this long distance. The N-modified RNA polymerase complex is required for translational repression. Thus, antitermination and translation repression by N are coupled. This may be caused by a specific folding of the RNA structure that brings the NUT RNA into close juxtaposition with the N ribosome-binding site. RNaseIII, an endonuclease, recognizes the stem structure and cleaves it, separating NUT from the N RNA. This cleavage prevents N translational repression but actually enhances antitermination, presumably by releasing the antitermination complex from its interaction with the NUT RNA.

Additionally, we have found that RNaseIII is expressed from an operon in which an essential low-molecular-weight GTP-binding protein, Era, is also encoded. From this operon, RNaseIII and Era expression is coordinately regulated and increases in relation to growth rate. This growth rate regulation of RNaseIII and Era occurs at the posttranscriptional level, but the mechanism remains unknown. The accumulation of adequate levels of Era is essential for cytokinesis to be completed and cell growth to continue. We speculate that a threshold level of Era must accumulate before Era-GTPase is activated by a cellular signal to cause cell division and to allow cell growth to continue. We believe RNaseIII and Era are key components that couple regulation of growth and the cell cycle.

Dr. Court received his Ph.D. from the University of Rochester, Department of Biology. He was a research associate at Stanford University and the University of California-Berkeley in the laboratories of Drs. Alan Campbell and Harrison Echols, respectively, before joining the NIH and the National Cancer Institute in 1972. In 1988, Dr. Court joined the Frederick ABL-Basic Research Program as Chief of the Molecular Control and Genetics Section, and in 1999, he joined the Center for Cancer Research of the National Cancer Institute.