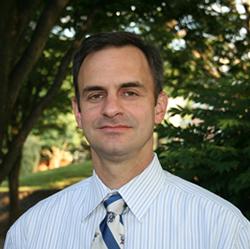 Our research group investigates cellular mechanisms underlying inherited neurological disorders, with an emphasis on neuromuscular and movement disorders. In particular, the pathogenesis of hereditary spastic paraplegias, which affect corticospinal motor axons in a length-dependent manner, is an area of very active interest. These disorders comprise well over 50 distinct genetic loci, with over 30 genes identified whose proteins segregate into a few common cellular themes. In addition to an active clinical program assessing new patients with these disorders, we investigate the functions of the disease gene products at the cellular level and in animal models. We have identified that the most common forms of inherited spastic paraplegia are due to mutations in genes encoding proteins with hydrophobic hairpin domains that help shape the distinct morphology of the tubular endoplasmic reticulum network. A number of these proteins as well as other spastic paraplegia proteins implicated in endocytic processes also act as inhibitors of bone morphogenetic protein signaling, providing an exciting translational line of investigation. Our current studies investigate both the disease pathogenic mechanisms as well as the more fundamental aspects of how organelles are shaped in cells, and why this is particularly important for neurons. The common pathogenic themes that are emerging will likely represent novel targets for therapeutic intervention.

Dr. Blackstone received B.S. and M.S. degrees in 1987 from the University of Chicago and M.D. and Ph.D. degrees in 1994 from Johns Hopkins University. His graduate studies, in the laboratory of Richard Huganir, were on the structure and regulation of glutamate receptors, for which he received the David Israel Macht Award. After a neurology residency at the Harvard-Longwood Neurology Program, Dr. Blackstone completed a fellowship in clinical movement disorders at the Massachusetts General Hospital. During this time he also conducted postdoctoral research with Morgan Sheng at Harvard Medical School, investigating the functions of proteins implicated in hereditary dystonias. Dr. Blackstone joined the NINDS as an investigator in 2001. His laboratory investigates the cellular and molecular mechanisms underlying hereditary movement disorders.