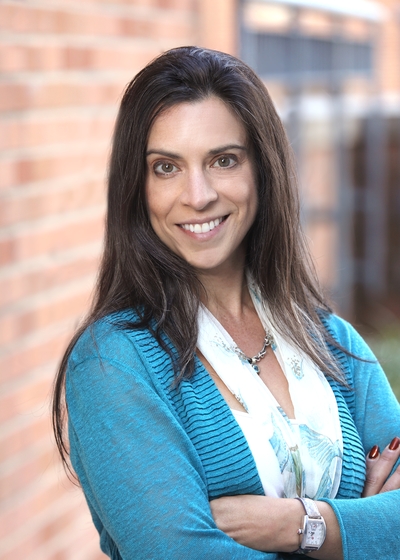 The NF-kB family of gene transcription factors is expressed in many tissue types, but has been studied most extensively in the context of the immune system and related cancers. Aberrant NF-kB signaling also has been identified in tumors of epithelial origin including breast, colon, lung and ovarian carcinomas. A systematic approach discovered IKKe, a cellular enzyme involved in triggering NF-kB signaling, as an oncogene in breast cancer. Recent work suggested the importance of these proteins in the propagation of ovarian cancer, but the significance and the mechanism of NF-kB signaling in ovarian cancer are unknown.

Our clinical focus in ovarian cancer inspired me to explore the NF-kB pathway in this malignancy at a scientific level. The stimulus for NF-kB signaling in cancer cells may be intrinsic or extrinsic to the cell. In certain cases, the cells may acquire individual genetic abnormalities of NF-kB regulators, thereby providing an intrinsic mechanism of cell-autonomous NF-kB activity. This type of mechanism was identified in breast cancer, lymphoma and myeloma. A second mechanism of NF-kB activation in ovarian cancer could be provided by signals from cells in the environment surrounding the tumor. Inflammatory proteins, growth factors, and adhesion molecules have been associated with NF-kB activation in several tissue types. Our lab has begun to define and characterize the molecular mechanisms and the biological relevance of NF-kB activity in ovarian cancer. We propose that NF-kB signaling defines a subset of ovarian cancer susceptible to therapeutic targeting of this pathway. Specific interruption of the pathway will isolate NF-kB as a mechanism for the growth and survival of ovarian cancer cells.

Our initial experiments identified a subset of ovarian cancer cell lines that are dependent on NF-kB signaling for growth and survival. A detailed understanding of the individual NF-kB components involved in ovarian cancer will identify patients who may benefit from NF-kB blockade, and provide specific guidance to the development of future therapeutic agents or combinations. Our laboratory interest is to develop rational combinations of targeted therapies for ovarian malignancies. Combination therapy has been a mainstay of cancer treatment. Therapy targeted at sequential points in a biochemical pathway critical for cell survival has the potential to effectively eliminate the cancer cell. We employ novel high-throughput screening techniques to identify critical interactions with the NF-kB pathway that are important for the growth and survival of ovarian cancers.

Dr. Annunziata is a graduate of Georgetown University Medical School where she also completed graduate school and residency training in internal medicine. She came to NCI for medical oncology training in the Medical Oncology Branch. Dr. Annunziata joined the laboratory of Dr. Louis Staudt in the Metabolism Branch to investigate NF-kappaB signaling in multiple myeloma. She returned to the Medical Oncology Branch to extend her study of these molecular pathways in the ovarian cancer model, and she maintains her clinical focus in the translational clinical studies of ovarian cancer. Dr. Annunziata now directs clinical operations for the Women's Malignancies Branch and received tenure from NIH in 2020. Dr. Annunziata holds board certification for the practice of medical oncology. Dr. Annunziata is a participating member in the Gynecologic Oncology Group, the American Association for Cancer Research, the American Society for Clinical Oncology, and the Society of Gynecologic Oncology. She serves as course director for the Women's Malignancies Lecture Series in the Women's Malignancies Branch, and Associate Editor for the international journal, BMC Cancer.