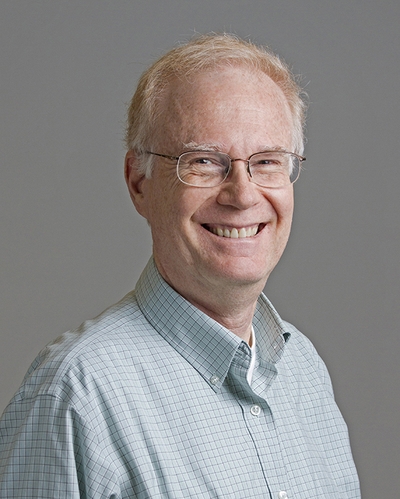 Dr. Barry Graubard’s research interests are primarily in the development and application of statistical methods to efficiently design and analyze studies that can make valid inferences to well-defined target populations. These types of studies often collect data using complex sample designs that randomly sample individuals using stratified and multistage cluster sampling. National cross-sectional health surveys and population-based study designs such as case-control studies that sample population controls from the population at risk of becoming diseased and case-cohort or nested cohort studies that subsample from a cohort can use various complex sample designs. In addition, national health surveys link the participants to vital statistics or electronic medical records to form population representative cohorts to study disease etiology.  When analyzing data from these types of studies attention needs to be given to the complex sample design because the sample weights that reflect the differential rates of selection of study participants and the stratification and clustering of the sampling that are used for efficient data collection can affect the estimation of prevalence, incidence, risk factor associations, absolute risk of diseases, and the variances in analyses.

Another area of Dr. Graubard’s research is the use of external surveys or other types of studies to predict variables not measured in large cohorts or cross-sectional surveys. Dr. Graubard has considered the implications of utilizing the National Health and Nutrition Examination Survey (NHANES) as the external data source for fitting the prediction model.

In summary, a large part of Dr. Graubard’s research involves the integration of survey methods to develop statistical methods for efficiently using complex sample designs in cancer surveillance and epidemiology.

Dr. Graubard collaborates with epidemiologists and other public health researchers on the designs and analyses of a wide range of epidemiologic studies. Many of these collaborations use the NHANES and other national surveys including the American Time Use Survey (ATUS) and the National Household Travel Survey (NHTS). For instance, Dr. Graubard with his collaborators used the NHANES to show that prophylactic HPV vaccination was associated with a marked reduction in oncologic HPV subtypes in the U.S., that herd protection is a likely explanation of oral HPV infections in the unvaccinated while nonvaccine-type oral HPV prevalence was unchanged, and that their absolute risk model for oropharyngeal cancer (OPC) developed using NHANES as population controls, a case series from Ohio State University, and SEER for baseline OPC rates was calibrated and validated for the U.S. population.

In research of the effects of physical activity and nutrition on health, Dr. Graubard and his collaborators used NHANES accelerometer measurements to show that increasing daily steps up to 8,000 reduced mortality, with a leveling off for greater steps, and increased moderate-to-vigorous physical activity as little as 10 minutes/day could prevent 110,000 deaths per year. The NHTS was used to study if the increasing ridesharing was associated with reduced transit-related walking, an important source of physical activity. They did not find that increased use of ridesharing reduced transit-related walking. Using the ATUS, they showed individuals with longer eating windows had lower adjusted prevalence of obesity and longer evening fasts had higher prevalence of obesity.

As nonalcoholic fatty liver disease (NAFLD) is an important risk factor for incidence and mortality from liver cancer and other metabolic chronic diseases associated with cancer, Dr. Graubard with his collaborators showed that the Fatty Liver Index, Hepatic Steatosis Index, and non-direct NAFLD measurements by sex and race/ethnic group agreed with transient elastography in the NHANES 2017-18. They found that the U.S. population attributable fraction associated with NAFLD was 8% for all-cause mortality and >33% for mortality from liver diseases and diabetes using sonograms in the Third NHANES to determine NAFLD.

Dr. Graubard received a Ph.D. in mathematics from the University of Maryland in 1991. He began his career as a mathematical statistician at the National Center for Health Statistics in 1977, and held research positions at the Alcohol Drug Abuse and Mental Health Administration and the National Institute of Child Health and Human Development. Dr. Graubard joined the National Cancer Institute in 1990. He received the American Statistical Association (ASA) and Biometric Society Snedecor Award for Applied Statistical Research in 1990, and he is a Fellow of the ASA and of the Statistics Section of the American Association for the Advancement of Science. In 2020, he was recognized with the ASA Mentoring Award.