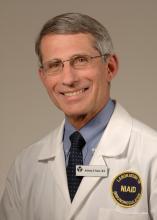 The Immunopathogenesis Section investigates the cellular and molecular mechanisms underlying the immune dysfunction caused by HIV infection. Several major projects ongoing in the section are described below.

Over the past two decades, advances in the treatment of HIV infection have led to dramatic improvements in health outcomes of infected individuals receiving antiretroviral therapy (ART). However, despite sustained suppression of HIV replication by ART, the persistence of reservoirs carrying replication-competent HIV is thought to be a major reason for the inability of ART to eradicate the virus in infected individuals. Consequently, a major current thrust of HIV therapeutic research is the development of strategies aimed to “cure” HIV infection, defined as the indefinite remission of HIV infection in the absence of ART. The pursuit of a “cure” has been a long-term goal for investigators in the Immunopathogenesis Section of LIR. Our approach over the past several years has been to delineate the role of persistent viral reservoirs in the pathogenesis of HIV infection and to explore and develop novel therapeutic strategies aimed at achieving sustained virologic remission in infected individuals in the absence of ART.

Role of B cells in the pathogenesis of HIV disease (Lead Investigator: Susan Moir, Ph.D.)

In 1983, LIR made the first observation that B cells of HIV-infected individuals manifested numerous signs of aberrant hyperactivity and dysfunction. More recently, LIR has pursued the investigation of B-cell dysfunction in the setting of HIV disease by evaluating various facets of B cells isolated from HIV-infected individuals. We have used various genotypic, phenotypic, and functional assays to identify several subpopulations of B cells in the peripheral blood of HIV-viremic individuals. Certain B-cell subpopulations are associated with early HIV infection, while others are more associated with chronic HIV viremia and disease progression. Most recently, we have developed the ability to directly interrogate antigen specificities of B cells and demonstrate deficiencies in HIV-specific B-cell responses. The inadequacy of the HIV-specific humoral immune response to HIV infection and its role in the inability of the immune response to control the progression of HIV infection, as well as its impact on our ability to develop an effective HIV vaccine, are critical issues in the field of HIV research.

The primary aim of this project is to better understand the role of the HIV envelope protein in HIV pathogenesis. To that end, we have focused on the complex interplay between the viral envelope and several of the known cell surface receptors to which it binds (CD4, CCR5, CXCR4, integrin α4β7). Understanding the complexities and significance of the signaling processes that gp120 mediates will enhance our understanding of HIV-1 pathogenesis and may facilitate the discovery of new strategies for the treatment and prevention of HIV-1 disease. The finding that gp120 engages integrin α4β7, the gut-homing receptor, opens up many new and potentially important questions. Because α4β7 mediates leukocyte homing to gut-associated lymphoid tissue (GALT), which is a principal site of HIV replication during the acute phase of infection, we explored the role of α4β7-expressing CD4+ T cells in HIV transmission. We previously determined that human α4β7high CD4+ T cells are highly susceptible in vitro to productive infection by HIV, in part because α4β7high CD4+ T cells are enriched with metabolically active cells. We then tested this hypothesis in a non-human primate in vivo model of HIV/SIV infection and determined that an antibody specific for α4β7 prevented transmission in a rhesus macaque model of mucosal transmission. In addition, we have investigated the interaction between HIV and α4β7 on primary B cells. We have learned that some of the defects associated with HIV disease result from direct interactions between gp120 and receptors on B cells. These findings have relevance to our understanding of early HIV transmission and viral dissemination, particularly in GALT, providing new avenues of investigation regarding the potential role of α4β7+ as a therapeutic target against HIV infection.

Dr. Fauci received his A.B. from the College of the Holy Cross and his M.D. from Cornell University Medical College. He then completed an internship and residency at The New York Hospital-Cornell Medical Center. In 1968, Dr. Fauci came to NIH as a clinical associate in the NIAID Laboratory of Clinical Investigation. In 1980, he was appointed chief of the Laboratory of Immunoregulation, a position he still holds. Dr. Fauci became director of NIAID in 1984. He serves as one of the key advisors to the White House and U.S. Department of Health and Human Services on global AIDS issues and on initiatives to bolster medical and public health preparedness against emerging infectious disease threats such as pandemic influenza.​